Given this we allow that the Market may be as much as 3.4% understated moving into the future.  However, what we would do differently here is allow that branch mechanics would in fact prosper this rate of growth achieving Stem.


We are proposing that the real zero sum game in market theory is more closely aligned with the ability to maintain equilibrium in a simulation or emulation of a future economy.

A future economy is a market that is developing due to demand but can not be generated from the branch mechanics of past activities.  Because there is no history or because the history simply is not a mirror of the future based on changes which are what is termed "game changing."

Market Conversion can be emulated based on the emulated structure of a likely series.  For example a new brand of paint could change the building industry, but predicating that change on some series means that we have to find a likely candidate for the same pattern of change.

Say for example the science had developed so that paint could hold many properties of nanotechnology as such that it could change building surfaces and structures to have multiple properties or qualities like 'long-lasting equivalency (beyond 50 years)', energy shield and encryption.  This type of green technology could be as revolutionary to the building industry as wifi was to communications.

We had given this example originally

The high degree of Wifi correlation to growth in overall GDP would probably correlate to a high degree of growth in the building industry such that the population of the growth is diversified enough to spread the risk of error.  Perhaps we are not being scientific enough but a correlated set of data is enough to emulate some change in business sectors.


We believe that this would be enough to change Wall Theory forever, but no one should go beyond a limited case of what specific points do to market theory. Complexity‌ (Zero Sum Game Wikipedia)
It has been theorized by Robert Wright in his book Nonzero: The Logic of Human Destiny, that society becomes increasingly non–zero sum as it becomes more complex, specialized, and interdependent. As former U.S. President Bill Clinton states:
The more complex societies get and the more complex the networks of interdependence within and beyond community and national borders get, the more people are forced in their own interests to find non–zero-sum solutions. That is, win-win solutions instead of win-lose solutions.... Because we find as our interdependence increases that, on the whole, we do better when other people do better as well — so we have to find ways that we can all win, we have to accommodate each other....
—Bill Clinton, Wired interview, December 2000 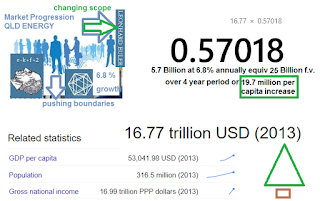 We see that the full sample has an overall set of parameters that does not break the 80/20 rule in that 127% of the full market may represent a minimum of 2% risk in a volatility measure and so we can mitigate that risk with the usual strategy this is equity growth.

Given this we allow that the Market may be as much as 3.4% understated moving into the future.  However, what we would do differently here is allow that branch mechanics would in fact prosper this rate of growth: 3.4 x 1.11 =  3.774-.225= 3.55^2.82 demonstrating that the stem rate is appropriate for this product. 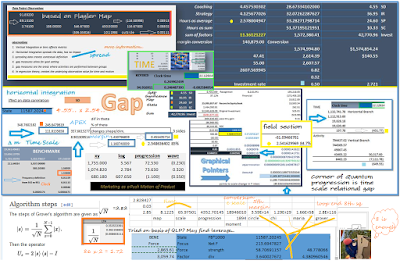 
Why do we Hedge the Underlying: Market Theory

Posted by The Small Business - Thinking - Blog at 5:36 AM