All Along the Watchtower

Do you want the Book of Daniel, Urban Myth, Science (STEM) or a well drawn Legend to inform you? Mapping is part of scoping the Requirements of a System we are calling ONE

Per Wikipedia:
Several reviewers have pointed out that the lyrics in "All Along the Watchtower" echo lines in the Book of Isaiah, Chapter 21, verses 5-9:


Prepare the table, watch in the watchtower, eat, drink: arise ye princes, and prepare the shield./For thus hath the Lord said unto me, Go set a watchman, let him declare what he seeth./And he saw a chariot with a couple of horsemen, a chariot of asses, and a chariot of camels; and he hearkened diligently with much heed./...And, behold, here cometh a chariot of men, with a couple of horsemen. And he answered and said, Babylon is fallen, is fallen, and all the graven images of her gods he hath broken unto the ground.[8][9] Several reviewers have pointed out that the lyrics in "All Along the Watchtower" echo lines in the Book of Isaiah, Chapter 21, verses 5-9

So if we point back to the Book of  Daniel are we erring?

Daniel gave a signal proof of his marvellous wisdom. On the failure of all the other wise men, he repeated and interpreted, to the monarch's satisfaction, the king's dream of a colossal statue which was made up of various materials, and which, on being struck by a stone, was broken into pieces, while the stone grew into a mountain and filled the whole earth.

The fact that all of this conjecture began with "Rolling Stone Magazine" doesn't make it less interesting or prophetic.  In fact it shows sound engineering to be part of the puzzle.

But we are pointing to the Quark as a new stone, but moreover what we are really pointing to is the unpackaging of the Energy based content and the new composition of META matter that can change the approach to everything.

Now if Rolling Stone or Wikipedia point to the Bible it's okay, they have a license to thrill or to chill.  But us?  Well, we have a requirement to inform.

We believe that most of what we emulate are the EFFECTS of the transition, not the outcome.  And this is true in METAphors.  This simulation is LIKE this anamorphic transition but not AS it is. 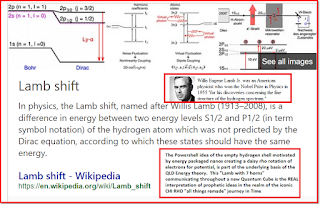 15 The angel who was speaking to me had a rod of gold for a rule, to measure the city, and its gates, and its wall. 16 The city lies foursquare, the same in its length as in its breadth, and when he measured it with his rod, he counted twelve thousand furlongs. Length and breadth and height are everywhere equal.[2] 17 And when he measured its wall, he counted a hundred and forty-four cubits, reckoned by the measure of a man, that is, of an angel. 18 The fashioning of its wall was of jasper, but the city itself was pure gold, that seemed to have the purity of glass. 19 And the foundations of the city wall were worked in every kind of precious stone. ...23 Nor had the city any need of sun or moon to shew in it; the glory of God shone there, and the Lamb gave it light. 24 The nations will live and move in its radiance; the kings of the earth will bring it their tribute of praise and honour.

We have studied these ideas and have understood them from multiple VIEWS.

1 He shewed me, too, a river, whose waters give life; it flows, clear as crystal, from the throne of God, from the throne of the Lamb. 2 On either side of the river, mid-way along the city street, grows the tree that gives life, bearing its fruit twelvefold, one yield for each month. And the leaves of this tree bring health to all the nations. 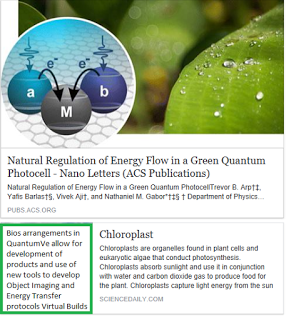 As science progresses it continues to reveal the underlying theory that we have presented. We would wish that people would drop superstition and urban myth from their nonsensical view and pick up more of the scientific or STEM based theory that will lead us into the future.  There are innumerable LAYERS of flat technology involved. And that crazy little thing called "LOV" or link of value that is a superimposed bit that links time and motion (active dimensions).


Emulations help us to see through the transitional stages of an idea.  They don't represent the real outcome.  The Real Outcome needs to be a configuration that combines all of the VIEWS and lets it develop independently of the various sides of a humanly characteristic concept of ownership.  That is truly the magic hat of the Owner of the Universe, to make what can't be imagined from elements we've yet to understand.  That doesn't make it bad, it just makes it hard to test, emulate, and simulate  HE is a builder and an engineer, a genius beyond us.  A new Quantum Universe is a very big deal.

We like what God told Henry Ford:  Six Days is not enough.


But, uh, but you and I, we've been through that
And this is not our fate
So let us stop talkin' falsely now
The hour's getting late  All along the watchtower, Dylan

Read:
Shake-a-Speare, Mockingbird, IT's a Diamond in a T...

Posted by The Small Business - Thinking - Blog at 2:19 PM