Power Intelligence is the Summa

How many times has the interpretation of the Future changed in the lifetime of the average 50(x) to sixty year old? Advancing technology gives a more complete picture of a cohesive Quantum based System. Using Power differently creates a multiplex of functional applications that would not exist unless everything came out of the box and got repackaged

Power Intelligence is a long story but it culminates in an adapted state where the combined intelligences of multiple persons are configured to work together.  The reason is that quantum production is very complex.

Using Power differently creates a multiplex of functional applications that would not exist unless everything came out of the box and got repackaged.  The Universe as we know it does not allow the different forms of power to be utilized for more advanced purposes, and in fact the universe can not be used advantageously in the modern form of a system.

So we spent a great deal of time looking at the means to repackage power and potential into the new quantum format.  Also the idea of changing the stone upon which the world is powered is the driving force behind changing everything;  We don't see people being wasted by this long historic process, but changed in the way they function together.

The way people think limits their view of the way materials can be changed and the way everything functions..  We also often don't update our point of view in that there are two functions which must occur naturally in the ideal agile state:  the function of raising up the system and taking down the system should not be impossibly difficult as it is in relation to time and space.  Moving, changing and adapting to future requirements should turn on the new process map as simply as rearranging your living room but it is not simple at all in the way it is now.

We don't own the domain space of the world and can't very well make any claims about this, but we have been consistently told that no one group is favored over any other, as everything gets redistributed by functional requirement and that people retain their individual sense but don't very much care except for the group requirement.

This changes everything that people think about human life and the world, and it is not an easy topic to discuss.  But we felt it was better to see the purpose in things than to believe that things are simply being wasted with no real dimension or goal behind it all.  So what took so long?

The forensic means to change everything to a different format took a very long time.  People who point to rock and say that everything is buried in materials are wrong in the sense that the material change leaves little evidence of the next level of performance.


The Science of the Sciences says that the Future Application and the Future Adaptation should intersect. If one of the stated goals of the new Virtual Quantum Cube is to make virtual glass, then it is possible that the quality sense of Meta Materials and glass is very important;  also the human cohesion (integration) to agree and adapt in the Meta state.

The material change is to an energy state, and we have spent a great deal of time outlining this.  BUT it is the LENS that builds everything within this state.

We identified multiple advantages in this as META Materials become the next big requirement:

To people are there any specific advantages:

We find these arguments hard to beat in the big picture, but in the personal view it has to be balanced with the circumstances now and in the long run.

Because everything is done in the Instance of Time and applied into the model over time, it is hard to point to an example of the final product.  But we have pointed to the concepts of "break the glass engineering," and "leveraging the next level of adaptation" as the progression that reveals history.  We did this by showing how the gap is engineered to produce a smaller footprint of the energy state or the industrial product.  Green Technologies which are now being developed do point to the overall goal of the next level of Quantum.

It is also true that it can be put together faster than we can blink and as part of a universal change.  But why should people matter?

People have been trained to be able to differentiate a lot of different properties and to be able to make determinations about one state or another.  They have an intuitive sense built up in their present state and generationally.  These things may seem small but they can raise up the functionality of the quantum based production system significantly when they work together.  An Android can not determine whether or not a new idea or proponent of a product will be qualitatively appealing to the market.  Taking that quality of human intellect to the next level is important but remaining in our present state is not likely.

We feel we must apologize to the reader because Flat Cloud Engineering does not perform under the same sky.  IT's not our fault but it is our shared loss.  We will not find that same sense of personal freedom or acknowledgement.  However, we may find a different sense of interest in a combined goal. 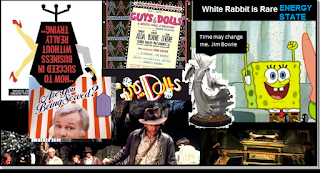 There are two problems with the way the Media sees things:

1.  they do not understand systems or how this process could equate to a system
2.  they do not recognize a stakehold as separate from their own interests

Lastly they are not scientific enough to see the way META based materials and technologies would change the outcome.  We invite you to read our discussions on these topics in order to clarify these points.  We can not write to please everyone, but only to satisfy the objective goal of informing the overall sense of the PLAN.  A Virtual Energy State is a NEW idea and an engineering sandbox a concept that needs to be studied. So don't throw out your television set...  at least not for now.

It turns out that television and the movies are very good emulation tools.  But there are many times during this production of "Beauty and the Beast" we were all tempted to throw those tools away.  Let's discuss the history of Emulation in "Laude of the Mountain Laurel".

When the sun shines on the mountains
And the night is on the run
It's a new day, it's a new way, Una Paloma Blanca, BAker

Posted by The Small Business - Thinking - Blog at 6:09 PM